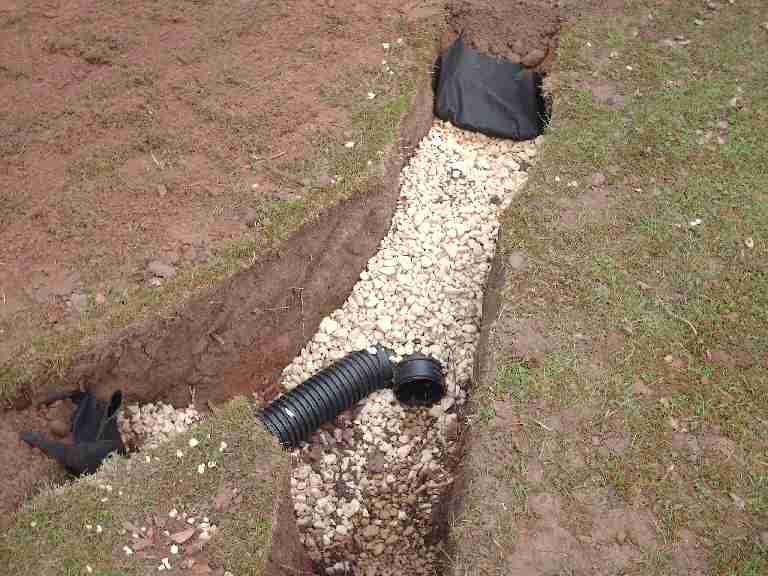 As a homeowner, you may be tempted to carry out a French drain installation by yourself. However, there’s much more to the installation than meets the eye. If you want the best results from the process, be sure to have your drain installed by a professional.

The following are common mistakes that the DIY homeowner makes during a French drain installation. These mistakes often lead to damage that costs even more to repair:

Your situation is unique and a professional basement contractor will view it as such. They will determine the right trench width for the best results.

This is a common mistake with DIY homeowners installing a French drain. They will assume that the holes ought to face up in order for the water to trickle into the holes.

The gravel under the pipe is vital for ensuring that the drain works well. An adequate amount of gravel is required to ensure that the water is guided into the holes of the pipe. The water will enter the pipe more quickly with a good base of gravel. A professional contractor will know the right amount of gravel to include in the trench.

Don’t attempt to install your drain yourself. Ensure that you have a professional contractor to help. This ensures you get it right the first time round. 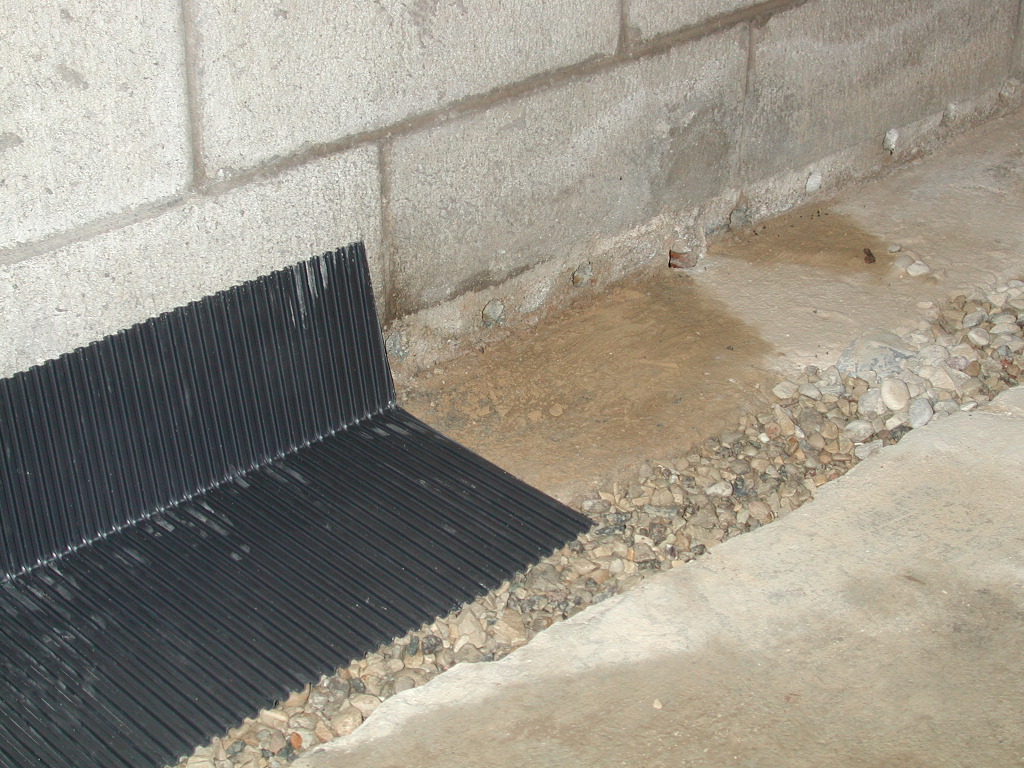 Basement waterproofing refers to the process of using certain methods, materials and techniques to prevent water from penetrating the basement of a building or house. Since a basement is always located underneath the house or building waterproofing would require the use of strong sealants and materials as well as the installation of drain pipes and sumps to collect and remove water from accumulating in the basement.

Finding someone to repair leaks in your basement or home and perform any other repairs related to water seepage, leaking or flooding can be difficult. If you have a ‘water’ problem the first person that pops in your mind is a plumber but you would actually have to seek the basement waterproofing contractor.

Seepage through a cove joint is one common water problem in any basement. The cove joint is a small opening that lies between your basement floor and the wall. Heavy rainfall and melting snow cause hydrostatic pressure forcing water through the foundation.

Sealants won’t work as the pressure is so strong that it will force the sealants that is placed in the cove joint out. Instead, interior drain tiles will have to be installed to relieve water pressure to drain the water from the house.

A plumber, even though his work has evolved through the years, will carry only the materials and equipment he would need to carry out his plumbing work effectively. The technology and material required for basement waterproofing would be much more expensive than what a plumber can afford.

After the roofs, the foundations are probably the most heavy component of a house. They have to hold up the entire structure in a way that it lasts a lifetime.

Unlike other consumer goods, foundations are not engineered with, what in architectural terms is called a planned obsolescence built in. They are intended to last forever.

They can, however be damaged to the point of needing foundation repair. In severe cases, they might just fail. While such circumstances are rare, they are also, to a certain extent, avoidable and with proper maintenance, preventable. Here are a few reasons why a foundation may fail.

Soil type: There are many types of soil and depending on which region or locality you are from, it can either be stable or prone to wild movement. Clayey soil is the worst offender in that they expand and contract depending on how much water they soak up.

A particularly dry summer can cause the soil to shrink noticeably, while a flood can make it swell. If it happens enough times and you don’t notice, your foundation can fail.

Insufficient fill material: Most often, foundations are made and filled in with a number of different materials. If they are not mixed properly, or are the type that tend to settle in later, they can shift over the course of time. The issue can be reversed with simple foundation repair techniques.

Mass wasting: Mass wasting is a geographical term for the ground moving away. It is a serious issue in hilly regions and in places where the topography is not level. It is similar to a landslide, but takes months and sometimes years to slowly slip away.

A landslide is fast and happens within a matter of minutes, while mass wasting takes time and can be invisible till its too late.

Bad construction: Sometimes, your contractor may just do a shoddy job. Badly constructed buildings have to go through foundation repair procedures more than the well planned ones. If your home is not built well, repair it now and avert further damage easily.

Note that most of the above foundation repair causers can be reversed if caught early. A lot is happening in the ground under your home, most of it invisible. But if you have a keen enough eye, you catch it early and before there is any permanent damage.