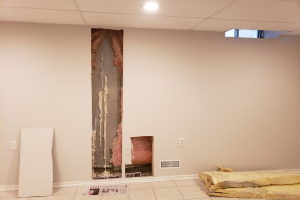 For more than 15 years, Select Waterproofing has been New Jersey’s top-rated basement waterproofing and crawl space repair business. In order to maintain the value of your biggest investment—your home—and to ensure the health of your family, our family is here for you.

You can rely on our highly qualified, considerate staff to treat you with respect and concern while offering a unique solution to the issues you are facing in your own home.

Select Waterproofing is the company you can rely on if you have a musty crawl space, a wet or damp basement, cracks in your foundation or dry wall, or even just musty aromas wafting up from downstairs. A healthy house for you and your family includes a healthy basement or crawl space!

Holmdel Township (usually shortened to Holmdel) is a township in Monmouth County, New Jersey, United States. The township is centrally located in the Raritan Valley region, being within the regional and cultural influence of the Raritan Bayshore. It is located in the New York Metropolitan Area and is a major bedroom community of New York City.

Holmdel Township was formed by an act of the New Jersey Legislature on February 23, 1857, from portions of Raritan Township (now Hazlet). The origin of Holmdel’s name is unclear, with some sources indicating that it was named for the Holmes family, who were early settlers of the area, while others point to Dutch language words holm and del, meaning ‘pleasant valley’.

Holmdel Park, initially established in 1962, covers 565 acres (229 ha) and includes the Historic Longstreet Farm, which offers a recreation of farm life in the 1890s, along with athletic facilities and other amenities. The park also has the Holmdel Arboretum (formally the David C. Shaw Arboretum), covering 22 acres (8.9 ha) and established in 1963, which offers examples of the trees, shrubs and plant life of Monmouth County.