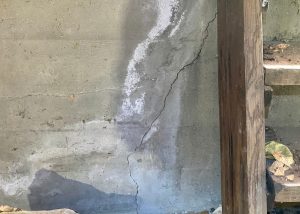 For more than 15 years, Select Waterproofing has been New Jersey’s top-rated basement waterproofing and crawl space repair business. In order to maintain the value of your biggest investment—your home—and to ensure the health of your family, our family is here for you.

You can rely on our highly qualified, considerate staff to treat you with respect and concern while offering a unique solution to the issues you are facing in your own home.

Select Waterproofing is the company you can rely on if you have a musty crawl space, a wet or damp basement, cracks in your foundation or dry wall, or even just musty aromas wafting up from downstairs. A healthy house for you and your family includes a healthy basement or crawl space!

Matawan is part of the Bayshore Regional Strategic Plan, an effort by nine municipalities in northern Monmouth County to reinvigorate the area’s economy by emphasizing the traditional downtowns, dense residential neighborhoods, maritime history, and the natural beauty of the Raritan Bayshore coastline.

Matawan is traversed by Route 34, Route 79 and County Route 516. The Garden State Parkway skirts the northern end of the borough (with the southbound lanes only passing through briefly); the nearest exits are exits 118 and 120.

In the late 20th century, Matawan became known for its heavily used train station at Aberdeen-Matawan on NJ Transit’s North Jersey Coast Line, which attracts riders from all over western Monmouth County and provides service to New York City’s Penn Station, either directly or via Secaucus Junction.

Matawan is part of the Matawan-Aberdeen Regional School District (MARSD), which also serves students from the neighboring community of Aberdeen Township. The district is a comprehensive system comprising seven schools, which includes one preschool, three elementary schools grades K–3, one 4–5 school, one middle school grades 6–8, one high school grades 9–12.