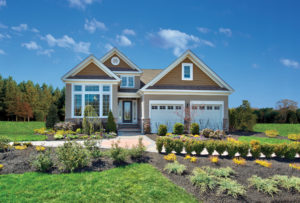 Mercer County is a county located in the U.S. state of New Jersey. Its county seat is Trenton, the state capital. The county constitutes the Trenton-Ewing, NJ Metropolitan Statistical Area and is considered part of the New York Metropolitan Area by the United States Census Bureau, but also directly borders the Philadelphia metropolitan area and is included within the Federal Communications Commission’s Philadelphia Designated Market Area and the greater Philadelphia-Reading-Camden Combined Statistical Area. As of the 2017 Census estimate, the county’s population was 374,733, making it the state’s 12th-most populous county, an increase of 2.2% from the 2010 United States Census, when its population was enumerated at 366,513, in turn an increase of 15,752 (4.5%) from the 350,761 enumerated in the 2000 Census, retaining its position as the 12th-most populous county in the state.

In 2015, the county had a per capita personal income of $63,247, the sixth-highest in New Jersey and ranked 121st of 3,113 counties in the United States. Mercer County stands among the highest-income counties in the United States, with the Bureau of Economic Analysis has ranked the county as having the 78th-highest per capita income of all 3,113 counties in the United States (and the sixth-highest in New Jersey) as of 2009. The county was formed by an act of the New Jersey Legislature on February 22, 1838, from portions of Burlington County (including Nottingham Township), Hunterdon County (including Ewing Township, Lawrence Township, Trenton City and portions of Hopewell Township), and Middlesex County (including West Windsor Township and portions of East Windsor Township). The former Keith Line bisects the county and is the boundary between municipalities that previously had been separated into West Jersey and East Jersey. It was named for Continental Army General Hugh Mercer, who died as a result of wounds received at the Battle of Princeton on January 3, 1777. The Mercer Oak, against which the dying general rested as his men continued to fight, appears on the county seal and stood for 250 years until it collapsed in 2000.

Mercer County is home to Princeton University, Princeton Theological Seminary, the Institute for Advanced Study, Rider University, The College of New Jersey, Thomas Edison State University and Mercer County Community College. Trenton-Mercer Airport, in Ewing Township, is a commercial and corporate aviation airport serving Mercer County and its surrounding vicinity. The official residence of the governor of New Jersey, known as Drumthwacket, is located in Princeton, and is listed on both the U.S. National Register of Historic Places and the New Jersey Register of Historic Places.