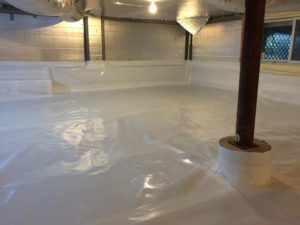 Small communities of the Lenape Navesink tribe were common throughout the area when the first known European landing in what would become Middletown Township occurred in 1609. Sea captain and explorer Henry Hudson, in search of the mythical Northwest Passage in the service of the Dutch West India Company, anchored along the shores of Sandy Hook Bay in 1609, describing the area “a very good land to fall in with and pleasant land to see.” While a patroonship was granted by the company in 1651 the land wasn’t officially settled. Today’s Shoal Harbor Museum and Old Spy House includes portions of a house constructed by Thomas Whitlock, one of the area’s first European settlers (and a Reformed Baptist at Middletown) who arrived here as early as 1664, around the time of the English takeover of New Netherland as a prelude of the Second Anglo-Dutch War. Long-standing tradition had Penelope Stout, one of the first settlers, hiding in a tree from hostile Native Americans. Shortly after the Dutch surrender of the New Netherland to the English in 1664 a large tract of land known as the Navesink Patent or Monmouth Tract was granted to Baptist and Quaker settlers from Long Island, Rhode Island and Massachusetts, which soon thereafter became the townships of Middletown and Shrewsbury. During the American Revolutionary War, Middletown and much of the rest of Eastern Monmouth County was held by the British. After the Battle of Monmouth, the British retreat from Freehold Township, New Jersey carried them down King’s Highway in Middletown to their embarkation points at Sandy Hook in the bay, heading back to New York City.

Middletown Township was originally formed on October 31, 1693, and was incorporated as a township by the Township Act of 1798 of the New Jersey Legislature on February 21, 1798. Portions of the township were taken to form Atlantic Township (February 8, 1847, now Colts Neck Township), Raritan Township (February 25, 1848, now Hazlet Township), Atlantic Highlands (February 28, 1887), Highlands (March 22, 1900) and Keansburg (March 22, 1917). Upon the completion of a railroad junction in 1875, the town grew more rapidly, eventually changing from a group of small and loosely connected fishing and agricultural villages into a fast-growing suburb at the turn of the 20th century. If Middletown ever had a recognizable town center or town square, it was lost in that rapid growth soon after World War II.