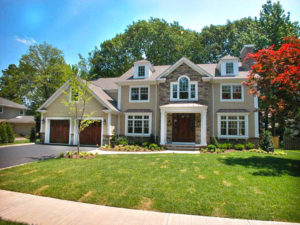 Ocean County is a county located along the Jersey Shore in the U.S. state of New Jersey. Its county seat is Toms River. Since 1990, Ocean County has been one of New Jersey’s fastest-growing counties. As of the 2017 Census estimate, the county’s population was 597,943, a 3.7% increase from the 576,567 enumerated in the 2010 United States Census, making Ocean the state’s sixth-most populous county. The 2010 population figure represented an increase of 65,651 (+12.8%) from the 2000 Census population of 510,916, as Ocean surpassed Union County to become the sixth-most populous county in the state. Ocean County was also the fastest growing county in New Jersey between 2000 and 2010 in terms of an increase in the number of residents and second-highest in percentage growth. Ocean County was established on February 15, 1850, from portions of Monmouth County, with the addition of Little Egg Harbor Township which was annexed from Burlington County on March 30, 1891. The most populous place was Lakewood Township, with 92,843 residents at the time of the 2010 Census (up 32,491 since 2000, the largest population increase of any municipality in the state), while Jackson Township, covered 100.62 square miles (260.6 km2), the largest total area of any municipality in the county.

Ocean County is located 50 miles (80 km) east of Philadelphia, 70 miles (110 km) south of New York City, and 25 miles (40 km) north of Atlantic City, making it a prime destination for residents of these cities during the summer. As with the entire Jersey Shore, summer traffic routinely clogs local roadways throughout the season. Ocean County is part of the New York metropolitan area but is also home to many tourist attractions frequently visited by Delaware Valley residents, especially the beachfront communities of Seaside Heights, Long Beach Island, Point Pleasant Beach, as well as Six Flags Great Adventure, which is the home of the world’s tallest and second-fastest roller coaster, Kingda Ka. Ocean County is also a gateway to New Jersey’s Pine Barrens, one of the largest protected pieces of land on the East Coast.